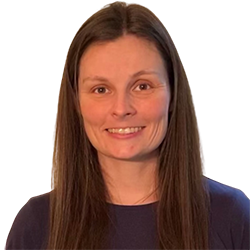 In the 2001 movie The Wedding Planner, Mary (played by Jennifer Lopez) is a best-of-the-best wedding planner who happens to be perpetually single herself. In a scene early in the film, Mary is having a conversation with a colleague who wants to know the secret to Mary’s workplace success. Her response? “You know those who can’t do, teach? Those who can’t wed, plan!” Let’s face it. All too often, it isn’t far-fetched to have our own version of the phrase above – albeit a bit wordier – and be able to say “those who can’t communicate themselves, communicate for others.”

So why is it so hard for comms professionals to effectively communicate themselves when they are so skilled at the art for everyone else? They spend their days making sure they’ve used the perfect dialogue in emails from the desk of a company president and know how to convey the exact talking points for business leaders to address during quarterly all-hands. They master the difference in messaging for the sales and marketing departments and create a clear and cohesive plan to ensure design, direction and language are consistent throughout a brand.

Yet somehow, these same individuals forget to fill in their own department about a change to the presentation deck until the last minute or show a disrespect for their employee’s time by failing to tell them they are needed on an out-of-town trip until the last minute. Some even try to deflect blame with, “oh, I figured you knew,” or treat it like a minor situation by saying, “it must have slipped my mind.” Over a longer period, that approach and mindset becomes detrimental to everyone.

In fact, according to an independent study conducted in 2017, “nearly 15 percent of employees’ total work time is wasted [on] inefficient communications,” while “businesses with 500 employees could be losing well over $5 million annually.”

Earlier this year, research was conducted by Grammarly and The Harris Poll that indicated “poor workplace communication is a pervasive problem burdening businesses and employees alike. In fact, the study estimates a $1.2 trillion annual loss among U.S. businesses due to poor communication—or approximately $12,506 per employee every year.” What makes a communicator?

Think about some of the communications professionals you know. Many tend to be helpers by nature, empathetic towards others, and often friendly with a warm demeanor. Now think about people you know who aren’t communicators, but still have those same character traits. Do those individuals:

Communications professionals almost always focus on how they can fix the situations of others both personally and professionally, but that usually means leaving themselves on the back burner. When this happens, not only do some of the more obvious things in their life suffer, but also the less talked about – like their own communication with those they aren’t serving.

How can communication professionals proactively improve themselves?

A lot of communicators enter the profession at the bottom and work their way up. In their work, they’re always communicating up, but many never really learn how to communicate down. Even when they are no longer the most junior person on the team, they aren’t always directly managing the lower-level employees, leaving even more room for a communication skills gap to widen.

In other instances, individuals in communications may not come from a background in the field at all. Rather they could have been brought on because of their familiarity with the subject matter or audience, further adding to possible communications problems.

Learning how to be an effective communicator takes time and dedication.

If you’re looking to be proactive in improving your own communication, here are some simple changes you can make in your own day-to-day:

What are the benefits of improving your communication skills?

Gaps in strong communication can manifest themselves in an infinite number of ways. Improving your communication skills will reap benefits for you personally and on nearly all fronts professionally, but we need to work smart.

First, how do we get communicators to put their own oxygen masks on first?

If your job is to handle communications, let’s take a step back and look at the big picture. How would you personally benefit from advocating for yourself? How can you make your own life easier at work?

In what ways will sharing your needs and concerns with others lead to a lighter burden on your own shoulders?

You know what poor communication looks like. How does your own communication style compare to those you are often tasked to help? Frequently, this means you need to mirror the techniques you use when communicating down to the ones you’ve likely perfected when communicating up. Look at the advice you recommend to business superiors in how they operate and employ those same techniques when communicating to those you oversee. It likely doesn’t make a lot of sense to tell a business leader they need to be open and honest with their workforce about upcoming changes if you aren’t able to do the same on a smaller scale within your own team. We should always be doing what we can to make sure those with whom we work most closely are as informed as we are.

Once you’ve made sure everyone on your team is up-to-date on the latest news and happenings, you’ll likely start to see how that shift can actually work in your favor. When people are informed, they’re able to form a more well-rounded view of what’s going on and how they can fit into the puzzle. Remember how we said earlier that communicators are often people who want to help? When you share with the rest of the communications department, assistance is a natural result. You’ll quickly find that those on your team will want to help where they can, and will likely offer to take some tasks off your plate that you may have been holding onto thinking you had no choice but to handle them yourself.

Admittedly, this isn’t the easiest thing to do. How many times have we thought it’s easier to just do something ourselves than it is to explain the nuances of the task to someone else? More than we’d care to admit. Sometimes the process of passing along work to others does, in fact, result in more of our own time devoted to a task once we explain what to do and how to do it, answer any questions and make tweaks after the person to whom we assigned it has completed the work. However, now they know and understand the process for the next time this kind of task comes up and will be able to complete it for you. Letting go also comes with an added bonus – the person who handled the project has now learned something new and grown in their career.
Time to fast forward a few weeks. You’ll probably start to feel the shift with smaller tasks coming off your to-do list. Your staff is coming to you with questions about the things they’re starting to take on. You’re starting to realize you’re having conversations with them about things they had never been privy to in the past and everyone is feeling more included, which in turn boosts morale. The burden is no longer falling only on you to handle everything. You’re providing even better support to those up the chain who you advise because you’re better supported and able to focus on the big picture items.

Now let’s flip the script.
What happens when you’re tasked with working with a poor communicator?

I recently heard a story about someone who was on a team working to execute a creative project on behalf of a company’s stakeholder. The team had asked questions to get an understanding of what that stakeholder was looking to accomplish with the project and got to work. During their next review call, the stakeholder made comments about the work that had been done that seemed to be in conflict with the original request. This feedback caused confusion on the team producing the deliverable and led to additional unforeseen time spent on the project. However, it also exposed inefficiencies of the team’s current way of working because they realized all of the original direction had come verbally on a call, rather than in an easy-to-reference written document.

To avoid future situations of miscommunication, the team started providing written post-conversation recaps to all meeting invitees, including notes on the reasoning behind decisions and confirmation on topics or deliverables that had been signed-off on by the stakeholder. Doing so has not only helped everyone on the team to ensure they have the same understanding of the call (including those who were invited, but unable to participate), but also offered the opportunity to ask questions in real time if there are inconsistencies – rather than realizing them on the next call – and given a concrete point of reference if there are discrepancies in recollection later down the line. As an added bonus, the written records of all conversations have provided clear direction when someone on the team was out of the office and another person stepped in for coverage.

Working with someone who doesn’t always articulate their thoughts and requests clearly can be a challenge. Below are hints for what you can do when tasked with dealing with a poor communicator:

Remember, you can only control your reaction and response to a situation, not the actions and words of others. Not everyone communicates in the same way, so sometimes there is a trial-and-error period while communication styles are being merged into a system that works for everyone.

You have to put in effort and work to keep it operating at its best. We know that those who communicate, can! We just have to exercise our skills and train ourselves the same way we train those we advise. Once all of those on a team put a conscious effort into improving themselves, everyone will benefit, wasted time will decrease, productivity will increase and overall morale will improve.

* Scene from The Wedding Planner – Jennifer Lopez “Those who can’t wed, plan.”
* Scene from Pretty Woman – Julia Roberts “Big mistake. Big. Huge!”
* Scene from Legally Blonde – Reese Witherspoon “What, like it’s hard?”
* Scene from How to Lose a Guy in 10 Days – Kate Hudson “Our love fern! You let it Die!”