Be a Bison: Braving the Storm and Avoiding Procrastination - Local Wisdom 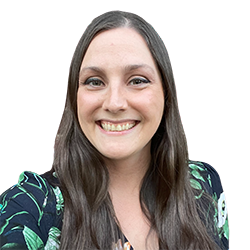 We can learn a lot from bison.

Did you know that bison will instinctively turn toward a snowstorm rather than drifting along with it or trying to run it out? They do this because they know that charging into the storm will get them out of the inclement weather quicker. It may be a bit rough getting through the snow, but they realize that it’s the path that will cause the least discomfort in the long run. How we respond to the storm is key. If you think about it, it’s kind of like the opposite principle of procrastination; procrastination will only cost you in the long run.

In the late 1980s, Nike came out with a fantastic slogan, “Just Do It.” This slogan is still said today and has become a household phrase for motivators (and likely, frustrated parents of toddlers and teenagers) everywhere. It’s a marketer’s dream to create something so impactful that it resonates with so many different people, and in my opinion, it further proves how procrastination is a shared experience.

So, why do we, collectively and as a society, delay the inevitable? Why do we think that putting it off will make it go away? We’re just elongating the storm. Let’s fix that. There’s a great story that Local Wisdom’s CEO, Pinaki Kathiari, recalls about an interaction he had in 2015 with Steve Garguilo, the CEO & Founder of Cultivate. At the time, Pinaki had recently been invited to speak at the Business Marketing Association of Milwaukee and wanted to extend the offer for Steve to join him as an expert on the subject matter. Steve was a client and a friend of Pinaki, so the pair met up at a bar where Pinaki pitched the idea, and Steve graciously agreed to co-speak.

Pinaki was thrilled, pulled up his calendar, and (thinking he was being proactive about setting this plan into motion) exclaimed:

“Great! Let’s schedule a time to meet and brainstorm to get this [presentation] going.”

This response sparked an “ah-ha” moment for Pinaki. Steve brought to light how procrastination has manifested itself into an unhealthy habit; a habit that is so ingrained in our minds and often deters us from taking action. In fact, there is an entire study that relates to this called the “Temporal Pattern to the Experience of Regret.” This study revealed that people’s biggest regrets tend to involve things that they have failed to do in their lives. It found that “action causes more pain in the short-term, but inactions are regretted more in the long run.”

After that exchange, Pinaki and Steve put the presentation together right then and there. The moral of the story? Always err on the side of action.

The Art of Avoiding Procrastination.

How do you start building the healthy habit of erring on the side of action? Below are a few tips to combat non-action.

Plus, above all else, keep in mind how much less uncomfortable it is to charge through the storm.

So… What are you waiting for?

Virtual Reality Makes a Real Impact in the Operating Room

Co-creating with the Most Successful Mall in America